An interesting article on an all male conference that required protesting to add women to the lineup. Read it here
Follow chemistrymom on WordPress.com

I am a medical physicist at the Nova Scotia Cancer Centre in Halifax, NS and have cross appointments as an assistant professor at Dalhousie University in the Department of Radiation Oncology and Department of Physics & Atmospheric Sciences.  When people hear this, I usually get one of two responses:

I’ll start by addressing the first comment since it’s probably something I would’ve said myself years ago. Medical physics is a branch of science that involves applications of physics to health care in ways like imaging processing and analysis, radiation protection, nuclear medicine applications and radiation therapy. Most medical physicists also hold academic appointments at universities which allow us to conduct research on novel treatment techniques and develop new technology.

I ended up in medical physics through of number of small steps that happened to be in the right direction. Like many people leaving high school, I put a lot of pressure on myself to decide on a university and program. I felt like I had to have the entire journey figured out.  Did I want to be a high school math teacher? Did I want to be an oncologist? Did I want to be a mechanical engineer? I researched careers, job shadowed, compared salaries and considered employment availability. Those thoughts made the decision at hand seem larger and more definite than it really was. What I did know was that I wanted to study science and that I wanted to stay in Nova Scotia for the next four years. And you know what? That was enough. That’s all I needed to decide. When it came down to it, that choice was pretty easy.

I approached each step towards the career I have today in much the same way. I majored in physics at StFX, but kept my doors open by taking as many math, chemistry and biology courses that I could fit in. Near the end of my four years at StFX, one of my professors told me about the field of medical physics. It seemed to combine my interests in math, physics and technology with real-world applications in health care. I loved the idea of working on projects that could be directly translated into changes in patient diagnosis and treatment for cancer.

I completed my Masters and PhD in Ottawa at Carleton University and then did a two-year Radiation Oncology Physics residency which provided hands-on clinical training. After working for a couple of years at The Ottawa Hospital, I returned to Halifax, Nova Scotia as a medical physicist at the QEII Health Sciences Centre. My day-to-day activities include things like responding to issues involving operation and maintenance of the radiation treatment machines, monitoring performance of equipment and treatment procedures, and working on research projects. We collaborate with radiation oncologists to decide on the best way to attack a patient’s tumour with radiation and ensure that they receive the prescribed dose to the correct location. Each day brings new challenges and there are always interesting projects to get involved with.

Another part of my job that I truly love is teaching. I get the opportunity to teach medical physics classes to radiation oncology residents as well as graduate students. Coming to the second of the two responses I often hear about physics, I think physics sometimes gets a bad rap. At first glance it can seem boring and difficult, although it’s anything but. I was very lucky to have a great high school physics teacher who ignited my interest in the field. As a teacher myself, I love finding new and innovative methods to present physics topics, especially in ways that can get people excited about it. There are so many ways to present the same concept that you might not understand it the first time you are taught something, or even the second, the third or the fourth, but eventually you may read something or hear someone describe a concept in a way that finally clicks.  I think for this reason it’s important not to write off any subjects or fields of study too quickly. Keeping doors open and taking it one step at a time is the best way to end up finding a career you love. Even if it’s one you never knew existed! 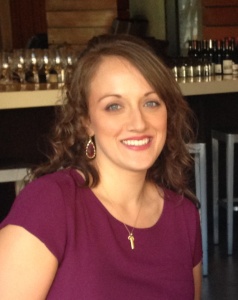